The other night we had spaghetti for dinner. Normally we have garlic bread with it. Well, since I have this Pinterest addiction, I decided to try something new to go with it. It was a huge hit!!! Austin kept coming back for more, and Russell ended up with a belly ache from eating so much..lol. Dustin, of course, didn’t touch it. That kid is so picky I am surprised he is growing at all..lol.
For this recipe I started with a bundt type pan ( I don’t have an actual bundt pan, so I used my Pampered Chef one that is a flatter version) and put a half stick of butter in it. Then I popped that into the oven and turned the oven to 350 degrees to pre-heat and melt the butter.

While that was melting, I put my garlic salt and Parmesan cheese into a small bowl and blended well.

Then I took the pan out of the oven, and took each quarter and rolled it around in the garlic salt/cheese mixture to coat it well.

Then I just threw them randomly into the pan. And baked them.

Admit it, you are drooling, aren’t you? This is so simple! And yummy goodness!!
1 tube Grands Biscuits (not flaky layer)
2 T garlic salt
1/2 c Parmesan cheese (the grated kind)
1/2 stick butter (I used unsalted since I was using garlic salt, but you can use whichever you like)
Place the 1/2 stick of butter into a bundt pan and place in the oven. Set the oven temp at 350 degrees.
While that is preheating/melting, cut your biscuits into quarters.
Place the garlic salt and parmesan cheese into a small bowl and blend well.
After the butter has melted, take pan out of the oven.
Take each quartered piece of biscuit and roll in the salt/cheese mixture until well coated.
Randomly throw them into the pan.
Bake at 350 degrees until golden brown on top. 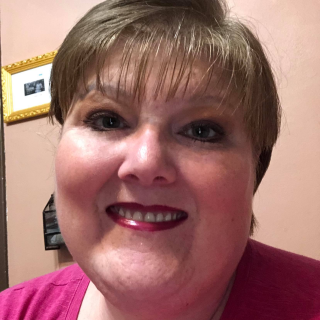 I am a mom, wife, blogger, reviewer, and many more things! I am an avid cook, I love to read and crochet. I have two children, boys, ages 16 and 18. I have a wonderful husband who loves me to the moon and back. I also have six crazy cats and a grand cat. You will see posts about their antics, I am sure!! So, come join me and subscribe to my blog to hear about all of my craziness :)